From 2000 to 2004 as director of the architectural team of Center for Music and Performing Arts building and fire consultant for the city (stage 3) + project of Library and Periodical Archive (stage 5) with CSAArquitectura.

[From the architect] The City of Culture is a new cultural center for the Province of Galicia in northwestern Spain. Its design evolves from the superposition of three sets of information. First, the street plan of the medieval center of Santiago is overlaid on a topographic map of the hillside site, which overlooks the city. Second, a modern Cartesian grid is laid over these medieval routes. Third, through computer modeling software, the topography of the hillside is allowed to distort the two flat geometries, thus generating a topological surface that repositions old and new in a simultaneous matrix never before seen.
The original center of Santiago conforms to a figure/ground urbanism in which buildings are figural, or solid, and the streets are residual, or void spaces. Through this mapping operation, the project emerges as a curving surface that is neither figure nor ground but both a figured ground and a figured figure that supersede the figure-ground urbanism of the old city. Santiago’s medieval past appears not as a form of representational nostalgia but as a new yet somehow familiar presence found in a new form.
The six buildings of the project are conceived as three pairs: the Museum of Galicia and the International Art Center; the Center for Music and Performing Arts and the Central Services building; and the Library of Galicia and the Galician Archives. Visitors’ experiences of any given building will be affected by its relationship to its immediate partner. The caminos, or pedestrian streets, between the buildings also open onto a public plaza, which is bordered by the six buildings and features landscape and water elements. The largest building is the Performing Arts Theater, which will stand 42.5 meters high. The heights of all of the buildings rise in gentle curves that seem to reconstruct the shape of the hilltop with their collective rooflines, which are all clad in stone and marked with the grids that inform the design of the site. 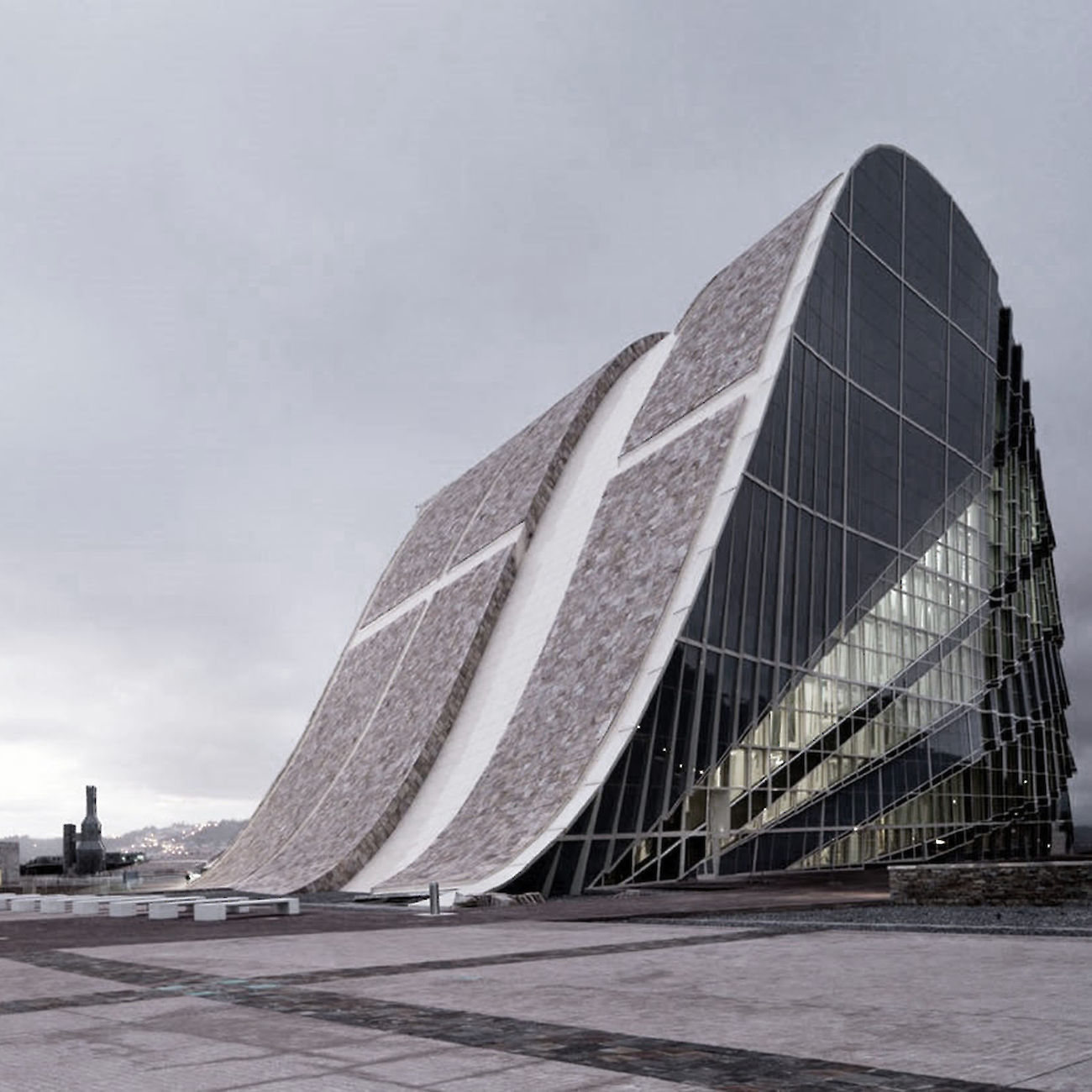